Proof of a causative relationship between RTN parasites and Coral Tissue Necrosis.

Between June 2018 and December 2018, Dr. Ara Deukmedjian examined over 500 diseased aquaculture corals experiencing tissue necrosis. Each coral was studied using a light microscope with 40x and 100x magnification. Histopathological abnormalities were found in all cases and the findings are summarized below. Tissue necrosis was present in the full spectrum of corals typically maintained in the reef aquarium hobby including large polyp stony corals, short polyp stony corals, soft corals, anemones, and gorgonians. Dr. Deukmedjian received coral specimens from a wide variety of aquaculture facilities experiencing an outbreak of spontaneous tissue necrosis.

Protozoan is an informal term for single-celled eukaryotes, either free-living or parasitic, which feed on organic matter such as other microorganisms or organic tissues and debris. In this case, these protozoans feed on the zooxanthellae found in coral tissue causing the coral to tissue necrosis. They also feed on other protozoans cannibalizing each other.

What are the differences between Protozoan and Bacteria? 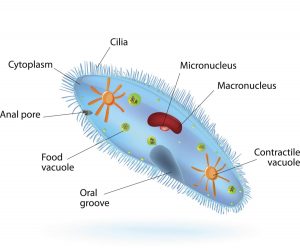 Protozoan is a single cell organism whose cell has a nucleus enclosed within a membrane. They possess animal-like behavior such as motility and predation. Protozoan range from 50 to 150 μm (micrometers) in with and 50 to 500 μm in length. Protozoa can reproduce sexually or asexually. Asexual reproduction is the process in which an organism produces offspring by itself, without the participation of another organism of its species. It does this by budding, a process where a new organism develops from an outgrowth or by cell division. 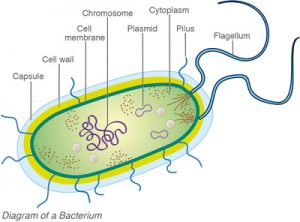 Bacteria is a single cell organism that has a cell wall but lack organelles and an organized nucleus. Most bacteria range from 0.2–2.0 µm (micrometers) in diameter. Less than 1 micron (0.001 mm/0.00004 inch) in length. Bacteria reproduces by binary fission, a process where a single cell divides into two identical daughter cells.

Koch’s Postulates are four criteria designed to establish a causative relationship between a microbe and a disease.  The four criteria are as follows:

1. The microorganism must be found in abundance in all organisms suffering from the disease, but should not be found in healthy organisms.

Confirmed. Dr. Ara Deukmedjian found the philaster protozoan microorganism present in abundance (500 to 1000 individual protozoan per cubic cementer) in diseased coral tissue in over 500 individual coral specimens demonstrating rapid tissue necrosis between June 2018 to December 2018. Similarly, STN parasites were found in all cases of coral suffering with slow tissue necrosis seen over 300 specimens of coral during the same time period.

2. The microorganism must be isolated from a diseased organism and grown in pure culture.

Confirmed. Dr. Ara Deukmedjian isolated philaster protozoan from RTN’ing corals and cultured them at Prime Coral Labs in experimentally controlled saltwater within sterile containers. Antibiotics including ampicillin, paromomycin and metronidazole were used to control for bacteria and maintain uncontaminated cultures of the protozoans.

3. The cultured microorganism should cause disease when introduced into a healthy organism.

Confirmed. Dr. Ara Deukmedjian exposed normal healthy non-diseased corals of various types including acropora, large polyp stony, and zoanthids to an inoculation of the philaster microorganisms from a pure culture. Within 36 hours to 2 weeks, corals demonstrated evidence of infection with the development of rapid tissue necrosis identical to the diseased corals from which the philaster were originally isolated from

4. The microorganism must be reisolated from the inoculated, diseased experimental host and identified as being identical to the original specific causative agent.

Confirmed. Dr Ara Deukmedjian found that the diseased corals in step 3 contained an overwhelming infection by philaster protozoans. These microorganisms were histologically identical to the ones isolated from the original diseased corals with RTN from step 1.