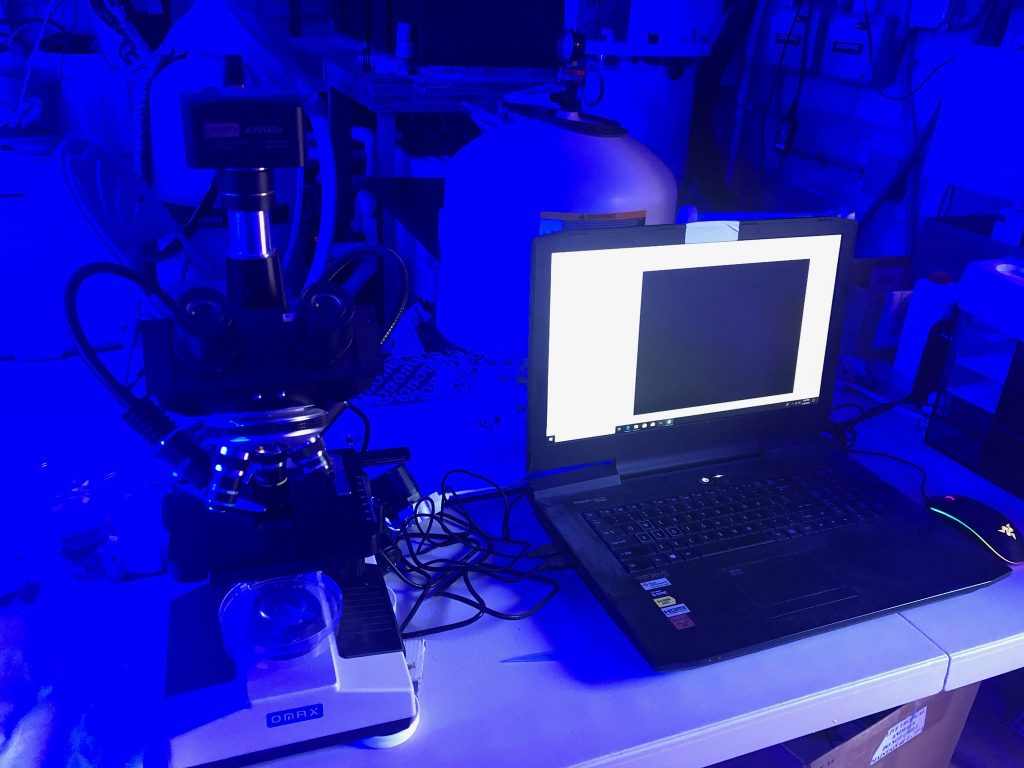 To perform your own diagnosis at home, you will need a light microscope with 40x and 100x magnification, see video below. Take a fragment of your diseased coral’s tissue in the zone of necrosis and place it in a Petri dish under the microscope lens at 40x magnification. You must use a top down led light source to illuminate the coral surface. Examine this coral sample in the zone of necrosis for microscopic protozoans. The easiest way to see these protozoans microscopically is to place a necrosing fragment of coral tissue and skeleton into a Petri dish and add 10 ml of saltwater. Soak the coral tissue overnight. The next day examine the water for swimming parasites. See video here for examples.

Prime Coral Labs offers mail in microscopic diagnostic testing. To obtain a Coral Tissue Necrosis Microscopic Diagnosis that provides a detailed report of the RTN and/or STN parasites infesting your coral sample please visit primecoral.com or click below. The examination of your coral sample is done under a 40x and 100x light microscope. For the first time ever, reef keepers now have the access to get a diagnosis for the health of their coral showing signs of infection along with treatment recommendation.